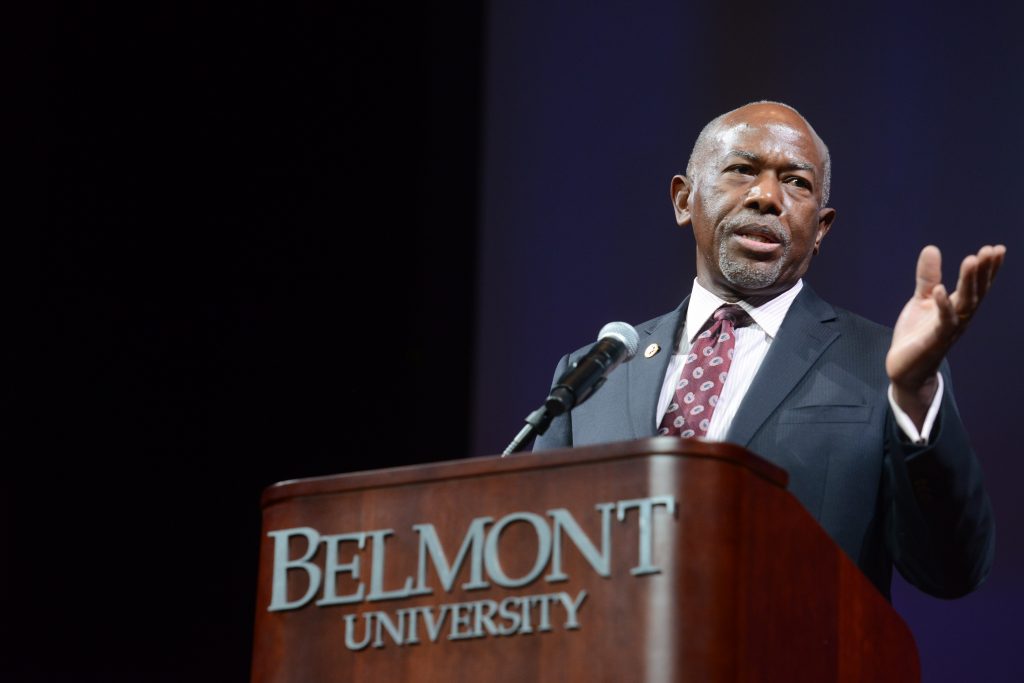 The combined 2020 and 2021 classes were acknowledged at a ceremony held in Belmont University’s Fisher Center for the Performing Arts. According to a press release from Belmont University, the Hall of Fame recognizes “Tennessee’s most influential health and health care leaders [and] serves as an on-going educational resource to document the rich history that has contributed to Tennessee’s position as a leader for national health care initiatives.” The Hall of Fame was created by Belmont’s McWhorter Society and the Nashville Health Care Council and has been inducting health care leaders into its ranks since 2015.

Dr. Hildreth was honored as a member of the 2021 class for his role in catapulting Meharry to national prominence during the COVID-19 pandemic, citing him as a “widely known and acclaimed immunologist, virologist, researcher and health care educator; advisor to local, state and national government on infectious diseases; advocate for minority communities and leader in fight for health equity.”

This year’s Tennessee Health Care Hall of Fame ceremony honored both the 2020 and 2021 classes, combined due to the pandemic. Other inductees included:

More information and a complete list of the more than 30 individuals inducted since 2015 can be found on the Tennessee Health Care Hall of Fame website.