Summits Bring Key Issues of Diversity, Health and Leadership to the Meharry Campus

Summits Bring Key Issues of Diversity, Health and Leadership to the Meharry Campus 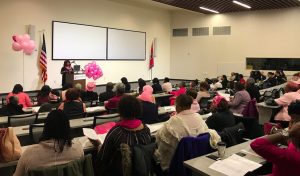 The “Live! Just as You Are” summit, hosted by the Breast Cancer Awareness and Action Coalition, took place on December 8, 2017 at The Cal Turner Family Center for Student Education on the campus of Meharry Medical College.

The event—for African-American women who have survived breast cancer, those who consider themselves at risk and those whose lives have been impacted by the disease—focused on reducing breast cancer disparities by increasing control and prevention awareness. 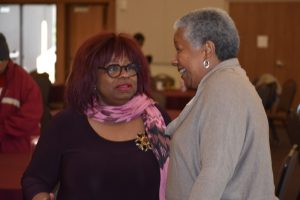 Disparities exist in the incidence of breast cancer and in mortality rates among Black women in the state of Tennessee. Black women are 2 to 2.5 times more likely to die from breast cancer than Caucasian women. Statistics continue to reveal the importance of awareness events like this summit.

“While breast cancer is becoming a chronic disease through early detection, Black women continue to face devastating health outcomes. Therefore, screening and early detection are critical,” said Patricia Matthews-Juarez, Ph.D., Meharry professor and key organizer of the summit. Along with an increased awareness of the importance of breast cancer screening, attendees were able to receive free manicures, seated mini-massages and refreshments. 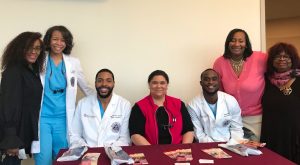 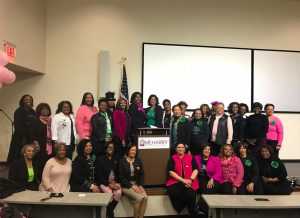 The Breast Cancer Awareness and Acton Coalition comprises 24 organizations, societies, churches and clinics. The Health Disparity Research Center of Excellence at Meharry is funded by a collaboration including Meharry Medical College, SelfMade Health Network and the Tennessee Department of Health, Office of Minority Health and Disparities Elimination.

”Is Tolerance Enough Series: Women of Color in Leadership” was held at The Cal Turner Family Center for Student Education on the Meharry campus on December 5, 2017.

Patricia Matthews-Juarez, Ph.D., Vice President of the Office of Faculty Affairs and Development at Meharry Medical College, hosted the series. Panel and breakout table discussions were featured as well as a conversation—by women and for women—about challenging themselves to consider how they ”see and engage each other in a diverse world.”