Meharry and the pandemic—How faculty, staff and students stood against a world health crisis

In the very early morning hours of Tuesday, March 3, 2020, a high-end EF-3 tornado tore across North Nashville, mere blocks from the Meharry campus. The next day, Meharry mobilized to send students and clinicians into the community to render aid. Campus digital messaging boards were cleared to handle information about relief efforts. Meharry employees were asked to work from home to keep nearby streets clear for emergency vehicles. Effectively, the campus was on alert.

They were at that status when news of the first COVID-19 case in Tennessee was reported two days later in Williamson County, roughly 11 miles south of Nashville—in many ways, the Meharry community simply pivoted to face the new threat.

Senior staff for the college began meeting within hours by phone conference, to consider what Meharry’s role would look like. Then, sitting around the large Meharry Board of Trustees meeting room, members of the Executive Leadership Team, faculty members of the schools of medicine, dentistry and graduate studies and research and Meharry health care practitioners discussed the needs of the city and the community’s underserved population. Issues would come to the fore involving the trust and confidence toward health care within Nashville’s Black community and Meharry’s traditional position of caring for the underserved. The College’s leaders knew they would have to be part of the city’s approach in order to speak to those concerns and fulfill the mission. 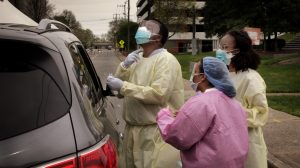 Meharrians began to make plans for a COVID-19 testing site on the College campus, settling on a drive-through location on the campus’s west side with white tents straddling 21st Avenue North, running in front of Royal Towers and The Cal Turner Family Center for Student Education. The city of Nashville established two other sites in Davidson County, each sprouting a multitude of white tents and orange traffic cones—one in a parking lot at Nissan Stadium, the Tennessee Titans home field, and one in the parking lot of a closed and razed Kmart in Southeast Nashville, a key location in reaching the city’s Hispanic and immigrant population. Within weeks, members of the city’s COVID response team were so impressed with Meharry’s operation of the campus site that they placed Meharry over the operation of all three testing sites.

On campus, the Meharry academic community began to adjust, in many cases acknowledging some painful realities for students—Match Day for 2020 was cancelled, as it had been for many of the nation’s medical schools, and that year’s Commencement exercises were held virtually. “I’m sure this is not the Commencement exercise you and your family have been looking forward to,” said Meharry’s president, Dr. James E.K. Hildreth, in his opening remarks for the pre-recorded ceremony, “But this is the one fortune has given us. It is a test, actually…If providence has ever thrown down a gauntlet before a select group of people, it certainly has now.”

Register for a free giveaway!

“If providence has ever thrown down a gauntlet before a select group of people, it certainly has now.”

Serving at the city’s testing sites, taking patient information, bagging the samples, doing the paperwork, directing traffic—wherever they were needed, Meharry students were there. 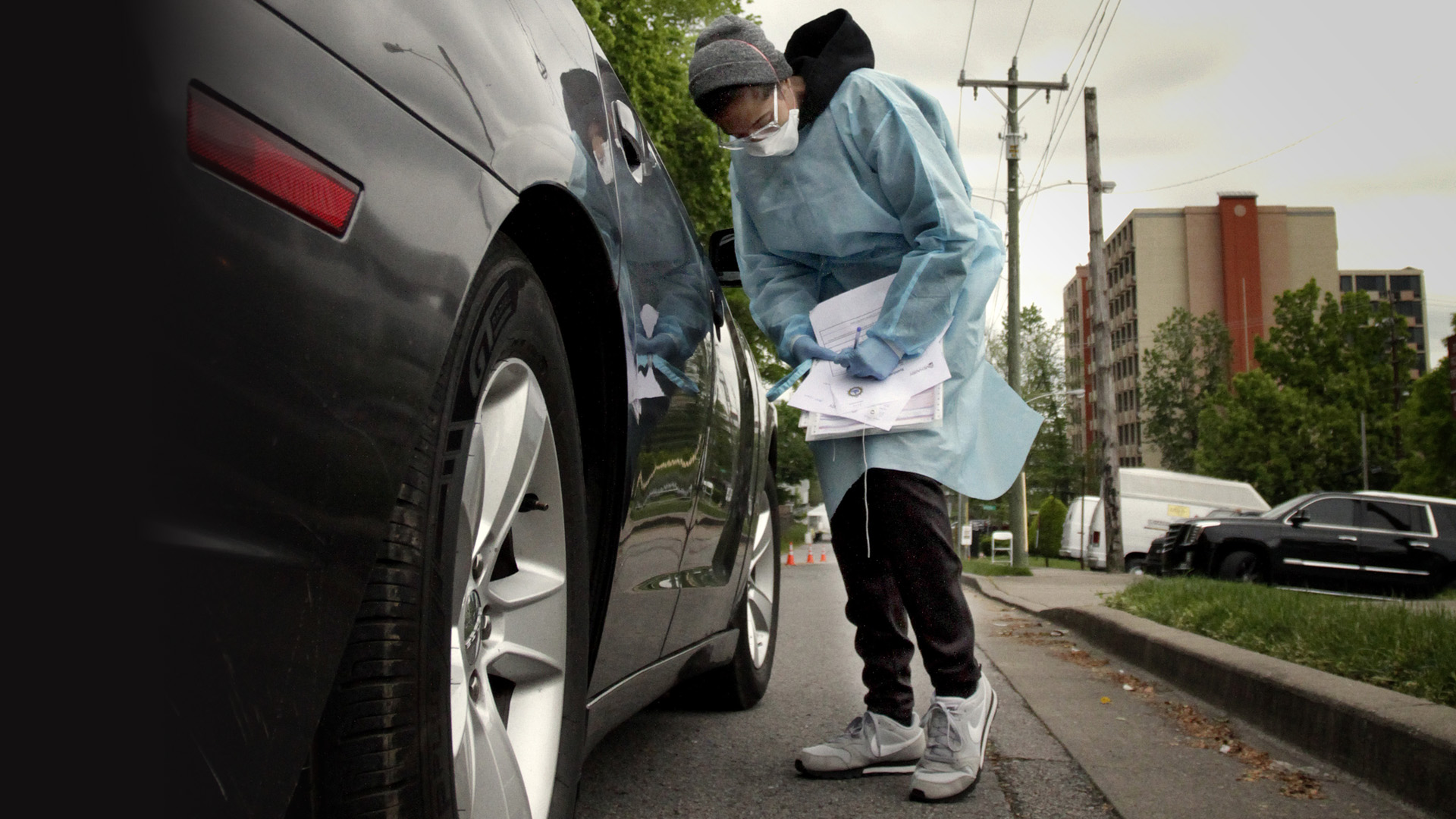 From late March after the pandemic began, and for the next year, the three sites—mostly tents open to the elements—operated through intense summer heat and bone-chilling cold sometimes conducting thousands of tests a day. Meharrians also operated testing sites in the parking lots of area churches on any given Saturday. Before the pandemic began to ease in March 2021, the three sites operated by Meharry physicians, dentists, students, volunteers, members of the National Guard and others had administered more than 300,000 PCR COVID-19 tests for Nashvillians and Middle Tennesseans. 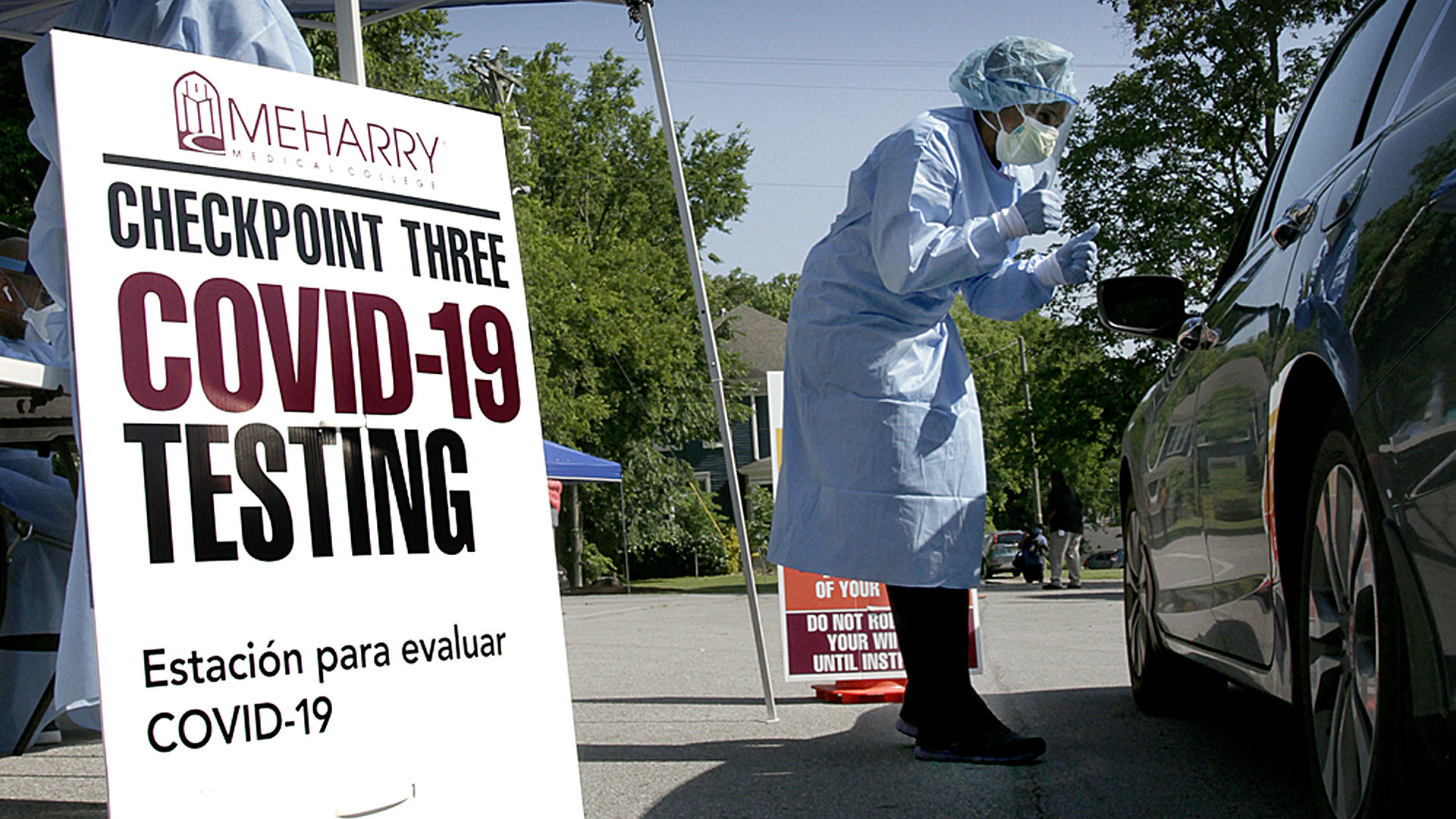 “When this pandemic hit, a lot of people were going away from it. Meharry ran to it. We embraced it,” Anthony Thomas, who helped run operations at one testing site, told The Tennessean last August.

According to Dr. Alex Jahangir, the head of Metro Nashville’s Coronavirus Task Force, Meharry’s role in serving the city of Nashville was pivotal. “These guys from the very beginning have been at the front line of this,” Jahangir said in a Tennessean interview. “They had the power of the people and the knowledge.”

Meharry also played a major role in the COVID-19 mitigation and reopening efforts of Metro Nashville Public Schools. Meharry clinicians and other personnel worked closely with administrators in developing a plan to make schools safe for students and teachers to return.

Meharry has played a significant role in vaccinating minority communities in Nashville where vaccine hesitancy has been a problem. Hearing a pro-vaccination message from authorities and physicians in the Black community both during clinical trials and vaccine distribution has been important in overcoming that hesitancy.

According to Patrick Johnson, senior vice president of institutional advancement, Meharry Medical College was somewhat of a well-kept secret in Nashville before the pandemic.

Meharry doesn’t have the things that other institutions of learning have—it’s a professional school, not a traditional university; it doesn’t have athletic teams that make the headlines; it doesn’t carry the energy of undergraduates who are finding their way into life as adults. Meharry trains postgrads—physicians, dentists, biomedical researchers and, most recently, data scientists. It’s serious work that usually doesn’t make the headlines—until now.

During the course of the pandemic, Dr. Hildreth, a national leader in infectious diseases who gained prominence in HIV research, appeared frequently with Metro Nashville Mayor John Cooper during the city’s COVID-19 briefings. Meharry’s president became the city’s chief educator on the pandemic, “explaining the contours of viral pathology in a quiet, steady voice,” said The Tennessean.

Also from The Tennessean: “‘He’s sort of Nashville’s family doctor,’ Cooper said of Hildreth in an interview. ‘There’s quite a lot of science he’s been teaching us…He is completely remarkable.’”

Dr. Hildreth became a voice for research and social issues surrounding the pandemic, finding his way to national media outlets including CNN, MSNBC, Fox News, The Wall Street Journal and others, raising the profile of Meharry along the way.

Over the course of national discussions on the pandemic including race, social determinants of health and health disparities and inequities, Dr. Hildreth became a constant presence, not only on panels and news programs, but before bodies like the House Ways and Means Committee where he made the case for Congress to provide $5 billion over five years to help the four historically Black medical schools—Meharry, Morehouse School of Medicine, Howard University College of Medicine and Charles R. Drew University of Medicine and Science—take on COVID-19 in minority neighborhoods.

As the summer of 2020 progressed, Dr. Hildreth was asked to serve on the FDA screening team for granting Emergency Use Authorizations for vaccine candidates. In February of this year, he was tapped by the Biden Administration’s non-federal COVID-19 Health Equity Task Force, serving with 11 other renowned national leaders. 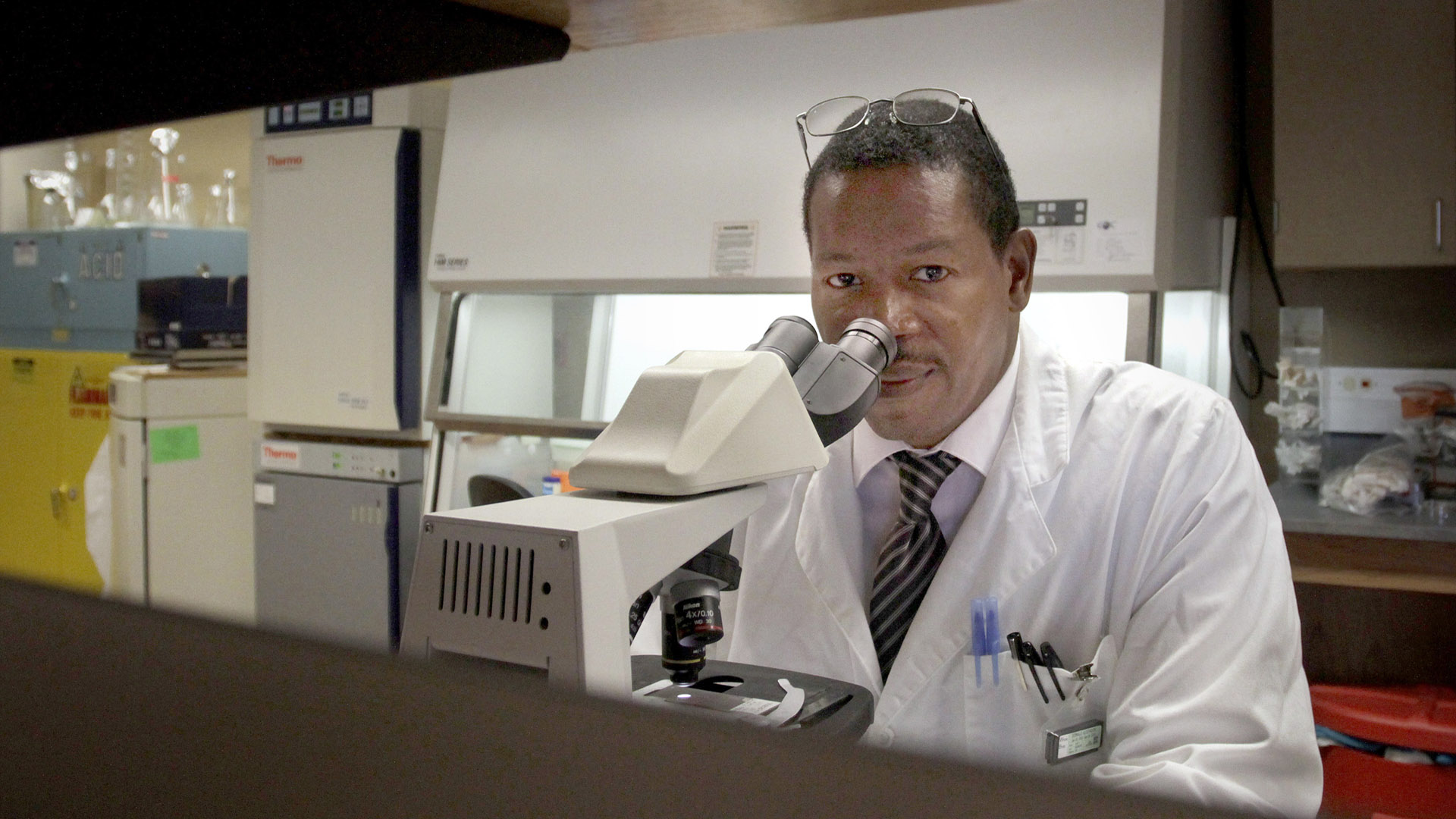 Meharry’s capacity for conducting research has increased during the pandemic with one researcher developing an antiviral under consideration. Associate professor of microbiology and immunology Dr. Donald Alcendor began work on a COVID-19 antiviral in April 2020 and hopes for FDA approval sometime this year.

The antiviral differs from a vaccine in that it treats patients who have already contracted COVID-19. This virus will be with us for some time, Alcendor said, and the need to fight the disease in those unfortunate enough to get it is still important. Vaccines are important to head off contracting the disease, but antivirals are important for those who get it and are fighting it off.

Meharry and the Post-COVID world—Campaign 150

“If ever there were a need for raising financial support, it’s now,” said Johnson. “We’ve seen a heightened awareness nationwide in Meharry Medical College and the health care professionals we produce. It’s important that we build on that momentum.

The groundwork has been laid in recent years by the creation of the Center for the Study of the Social Determinants of Health and by the focus on data science resulting in the creation of Meharry’s fourth school of study, the School of Applied Computational Sciences. As growth spurts go, Meharry is in an ambitious phase. Buildings are needed. Laboratories are essential. Researchers and personnel are crucial.

“You have to redouble efforts at a time when growth and recognition is in the air.” Johnson said. “This is Meharry’s time.”

COVID-19 cases in Tennessee have been decreasing as a result of vaccinations across the state, and testing numbers are subsiding now in Middle Tennessee. The Meharry campus COVID testing site was dismantled at the end of May this year. The Kmart site has been converted to a drive-thru vaccination facility, and the Nissan Stadium testing site is expected to be dismantled later this summer. School of Dentistry Associate Dean and Assistant Professor Dr. Julie Gray, a leader in Meharry’s citywide effort, said she had mixed emotions about the closing—she knows the closing marks progress made against the pandemic through the availability of vaccines and the reduced demand for testing, but over the past year she’s worked closely with so many of the volunteers. “You get close to these people,” she said.

But the momentum for Meharry Medical College in wake of the pandemic is upward. “People know who we are like never before,” said Johnson. “They may be aware of our history now, but they also know what we’re capable of—they want to be a part of our trip ahead.”

Thank you to our generous supporters!