Milton H. Jones, vice chair of the Meharry Board of Trustees, named chair of UNCF

Milton H. Jones, vice chair of the Meharry Board of Trustees, named chair of UNCF 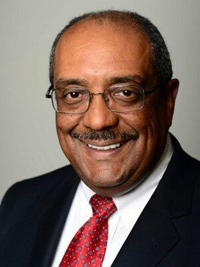 Nashville, Tenn. (March 17, 2021)—Milton H. Jones, Vice Chairman of the Meharry Medical College Board of Trustees, has been elected Chair of the United Negro College Fund (UNCF) Board of Directors. Jones will focus on growing the organization’s endowment, benefiting the 37 historically Black colleges and universities (HBCUs) belonging to the UNCF network of member institutions.

“This role is a remarkable honor, and we are incredibly proud to see Mr. Jones make UNCF history as the first African American to assume this position,” said James E.K. Hildreth, Ph.D., M.D., President and CEO of Meharry Medical College. “Mr. Jones is a devoted, steadfast and distinguished leader who shares a commitment to Meharry’s mission to serve the underserved. I trust his leadership at UNCF will cultivate significant opportunities for students and institutions that will continue to empower and inspire us all.”

Prior to his election as Board Chair, Jones served as Vice Chair of the Board and Chair of the Finance Committee. He has been a member of the UNCF Board since 2005.

“All of us at UNCF are excited to have Milton become our new Board Chair,” said UNCF President and CEO Michael L. Lomax, who has known and worked with Jones for more than four decades. “Milton brings a wealth of business knowledge and a thoughtful and collaborative leadership approach that will help us thrive and continue to drive UNCF’s and our HBUCs’ impact and growth.”

Jones is treasurer and a board member of 100 Black Men of America, co-chair of the Atlanta Chapter of the National Association of Corporate Directors and serves on the advisory boards of the Metro Atlanta YMCA, Boy Scouts and the Commerce Club. He is also a member of the Downtown Atlanta Rotary Club and is a member and past chairman of The Atlanta Business League and of 100 Black Men of Atlanta.

“Since 1944, UNCF has played an integral role in changing the life trajectory for each student it has served, and l look forward to continuing that legacy,” said Milton Jones. “Our member institutions and students remain the focus of our collective efforts. As we progress each year, we will grow our organization by building upon the strong foundation laid at UNCF’s inception and strengthened throughout its history.”

Jones is a founding member of Peachtree Providence Partners Holding Company, LLC. In this role, he advises and collaborates with CEOs in key sectors that include financial services, healthcare, technology, government, and higher education. For more than 32 years while at Bank of America, he held a series of senior executive positions with global responsibilities including roles reporting directly to the Chairman and CEO.