The 147th Commencement of Meharry Medical College Saturday was a celebration of multiple occasions, all centered around the triumph of returning to the scene of many Commencement exercises before—the Grand Ole Opry House Auditorium.

Not since the beginning of the pandemic in 2020 forced Meharry’s graduation ceremony to go virtual has there been a gathering of students, family and friends to watch Meharrians cross the stage to receive their diplomas and academic honors. While masks were required for all in the auditorium, the COVID protocol didn’t dampen the spirits of the attendees.

“This is the first large in-person gathering for Meharry in more than two years,” Meharry President James E.K. Hildreth told the audience. Citing the work of countless scientists yielding effective vaccines, public health and health care professionals, including many Meharrians, the grace of God, Dr. Hildreth said, had allowed all present to gather in one place. “Don’t you think that deserves a moment of praise and thanks?” 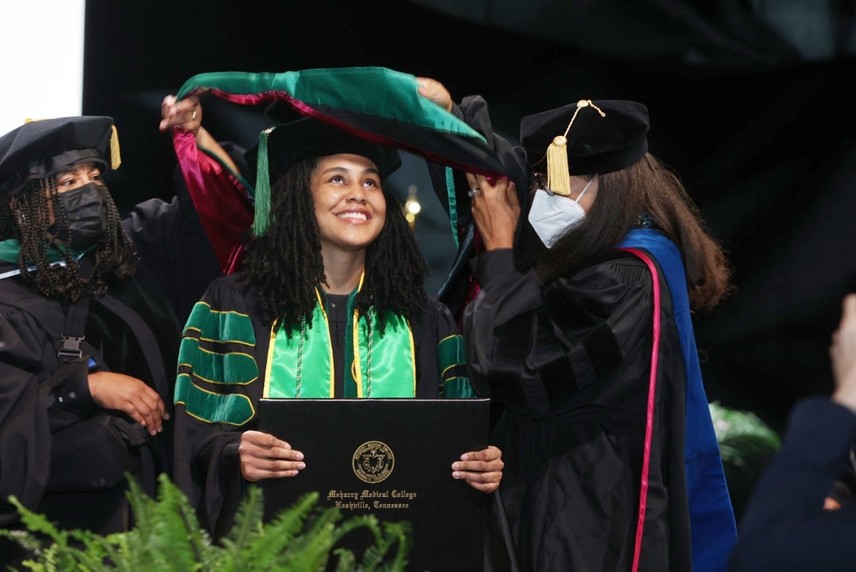 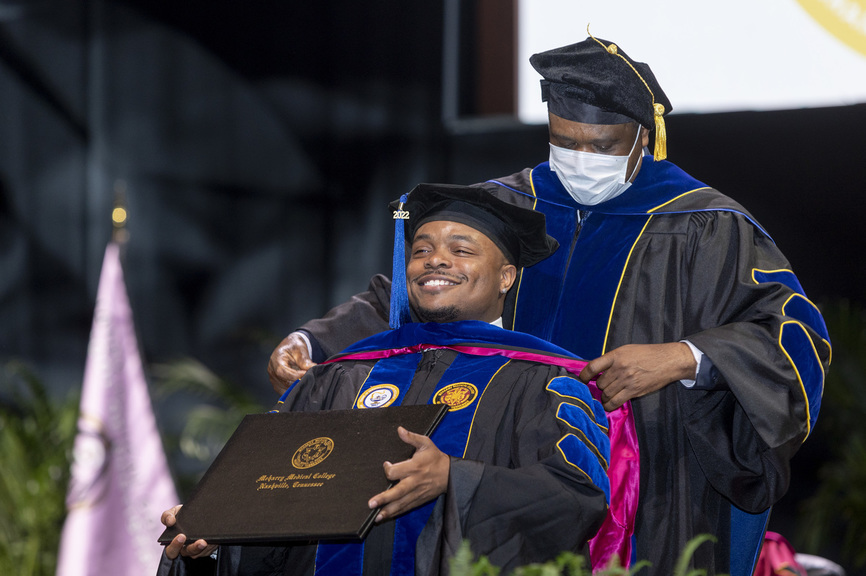 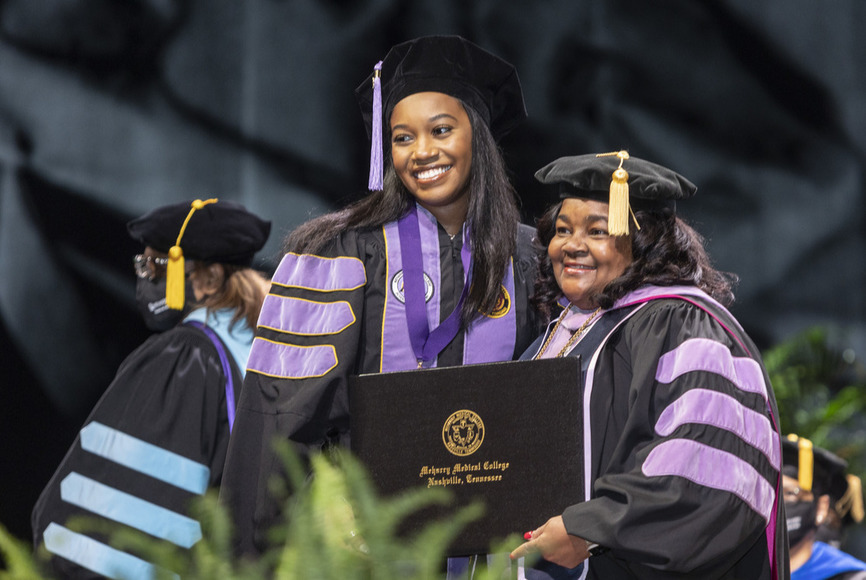 A School of Dentistry grad takes a photo with Dean Cherae Farmer-Dixon. 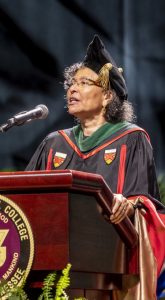 The event speaker, Camara Phyllis Jones, M.D., MPH, Ph.D., senior fellow at Satcher Health Leadership Institute and Cardiovascular Research Institute and adjunct associate professor of community health and preventative medicine at Morehouse School of Medicine encouraged graduates to “be courageous, be curious, be collective and build community.” Delivering a powerful 20-minute speech to Meharry graduates, Dr. Jones charged them to “speak up and take action on behalf of others.”

Praised by many for her clarity on issues of race and racism, Dr. Jones called attention to long-standing systemic racism, the need for “ally-ship” and the dual reality of the disadvantaged. “Racism structures a dual reality,” said Dr. Jones. “Move more people from valuing comfort to valuing social justice…In the current status quo, valuing social justice will not always or may not ever be comfortable.”

Another occasion of celebration at this year’s ceremony was the recognition of former Meharry President John E. Maupin Jr., D.D.S. ’72, MBA as the College’s first President Emeritus. Dr. Maupin served as the ninth president and CEO from 1994-2006—the first alumnus and second dentist to lead the institution. Dr. Maupin led Meharry through an ambitious $125 million campaign—at the time, the largest advancement effort in Meharry history, and one of four HBCUs to successfully raise $100 million. The effort solidified Meharry’s future.

Also a first for the College, was the School of Medicine’s Zindzi S. Thompson, Meharry’s youngest-ever Black female graduate who received her M.D. diploma at 21 years old.

CLICK HERE to view a recording of the 147th Commencement of Meharry Medical College.