Meharry Medical College has announced the beginning of the public phase of its capital campaign, an effort to raise $200 million for the institution before its sesquicentennial year in 2026.

“Campaign 150”—observing the pending 150-year anniversary of the College—has already seen much success, said Patrick Johnson, Meharry chief strategy officer and senior vice president, institutional advancement. Johnson said that over the past 18 months, during the preceding “quiet phase” of the campaign, Meharry has raised $85 million toward the goal. “An investment in Meharry is an investment in the future of this country,” Johnson said. “I think we’ve been proving this for 150 years.” 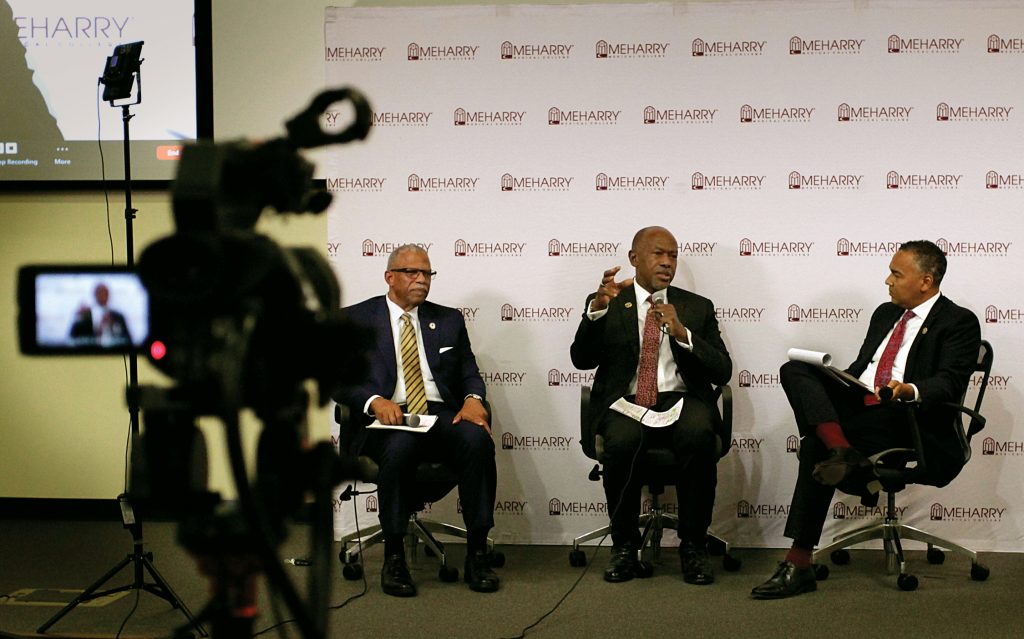 President James Hildreth told viewers during the virtual celebration that the campaign will lay the foundation for the next 150 years—“a foundation built on hope, faith, ambition and vision,” he said. “There is a place for everyone as we embark on this ambitious effort.”

Dr. Hildreth said that the past year during the pandemic was an opportunity for people across the nation to see Meharry at its best. “When other institutions with more resources stepped back, we stepped forward and stepped into it,” he said. “For me, it’s like the invisible obvious became obvious to the whole world.

“We’ve been doing what we do for 145 years. It’s just that no one took notice of it or thought it very important. But when the world and city and nation needed us the most, we’re just doing what we always do,” he said. “As I tell people, that’s how we roll.”

Board Chair Nelson Adams III, M.D. ’78, said the “character of Meharrians shown more brightly than ever” over the the past year. “Meharry stepped to the front lines and stayed there; and with character and strength we led the city through these unprecedented times; provided hope and healing, and found distinction nationally.”

Johnson said 2020 was a challenging year for all during the pandemic, but it was also “a momentus year,” giving the College the opportunity to show the world what Meharry was created for. “It allowed the world to slow down enough to see what many of us…have seen for so many years—how this institution plays a crucial and vital role in the health care ecosystem,” he said. “We felt that this was the perfect time to announce what we have been working on for the past 18 months…building a campaign to take Meharry into the next 150 years.”

For more information, contact the Division of Institutional Advancement at 615.327.6724