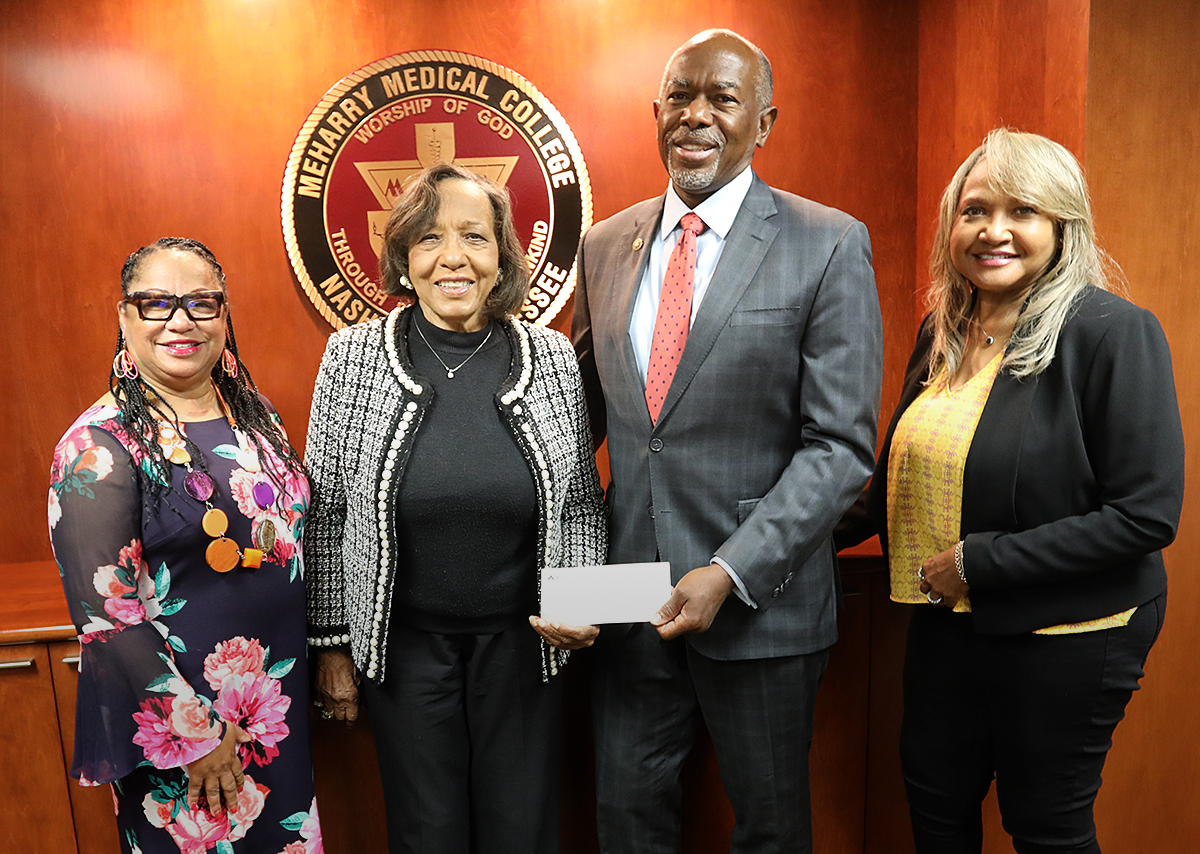 Meharry Medical College recently received a $750,000 gift from the family of two alumni—the late Alexander C. Wells, Ph.D. ’78 and his daughter, Sabrina Wells-Holloway, D.D.S. ’97. The gift, from Dr. Dorothy McKinney-Wells, Alexander’s wife and Sabrina’s mother, will allow a ballroom in The Cal Turner Family Center for Student Education to bear the name “The Wells Ballroom A.”

On a morning in early May, mother and daughter visited the Meharry campus to deliver the gift to President James Hildreth. Originally, Dr. McKinney-Wells, who received her doctorate from Vanderbilt, was going to give her donation to the College over a number of years, but decided to make the donation during her lifetime. “Bricks and mortar will not follow you to the cemetery,” she said. Dr. Hildreth said he was pleasantly surprised when he received the full amount of the gift. “We are so grateful to them for this generous gift,” Dr. Hildreth said. “This is going to inspire others to do the same.”

According to the plaque to be mounted next to the ballroom entrance, the donation will “assist Meharry Medical College in achieving its stellar mission which is laced with an outstanding strategic vision to diminish health care disparities and to educate and honor the resilient healthcare professionals of the future.”

Linda Witt, senior associate vice president for development at Meharry, worked closely with the Wells family over several months to facilitate the gift. “It has been a most enjoyable and fulfilling honor to work with Drs. Dorothy and Sabrina Wells-Holloway,” Witt said. “I learned early-on that Dr. Dorothy Wells is a woman of few words, but very decisive when she speaks. We toured several areas for possible naming opportunities and when we entered the ballroom, she said. “This is what I want.’”