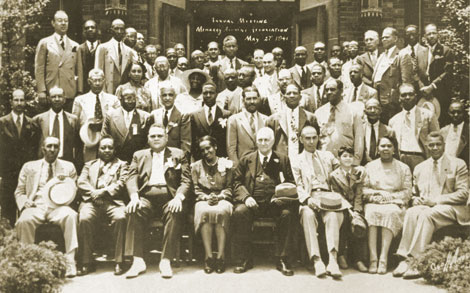 This Black History Month, Meharry Medical College celebrates its legacy of health caring—to honor those who have been committed to Meharry throughout its rich history and have guided Meharry through crucial moments in time. Those key moments include:
• Meharry’s origins as told through the Salt Wagon Story, which documents our founding in 1876, with the generous support of the Meharry brothers
• Our survival after the 1910 Flexner Report, which reduced the number of Black medical schools in the nation to two: Meharry Medical College and Howard University College of Medicine
• The obstacles Black physicians faced in the 19th and 20th centuries—and continue to face—which have been nobly met with persistence, dedication and courage in the pursuit of equal opportunity and equitable health care for underserved populations
• The service of Meharrians who defend our country in all branches of the military, serving with distinction and honor in units like the legendary Tuskegee Airmen
• The College’s future as a force in diversifying health professions and continuing to serve vulnerable populations, which is nurtured each day by devoted Meharrians and their commitment to our motto: “Worship of God through Service to Mankind.”
Meharry Medical College is proud of its role as a top producer of African-American health care professionals in the United States. As the college is and has been committed to medicine, dentistry and research, we are not only celebrating our history—but we are making it. We honor the efforts and accomplishments of the sons and daughters of the college—true Meharrians—during this Black History Month.