Councilwoman At-Large Suara says ‘dream big’—not just for ourselves, but for our communities

Councilwoman At-Large Suara says ‘dream big’—not just for ourselves, but for our communities 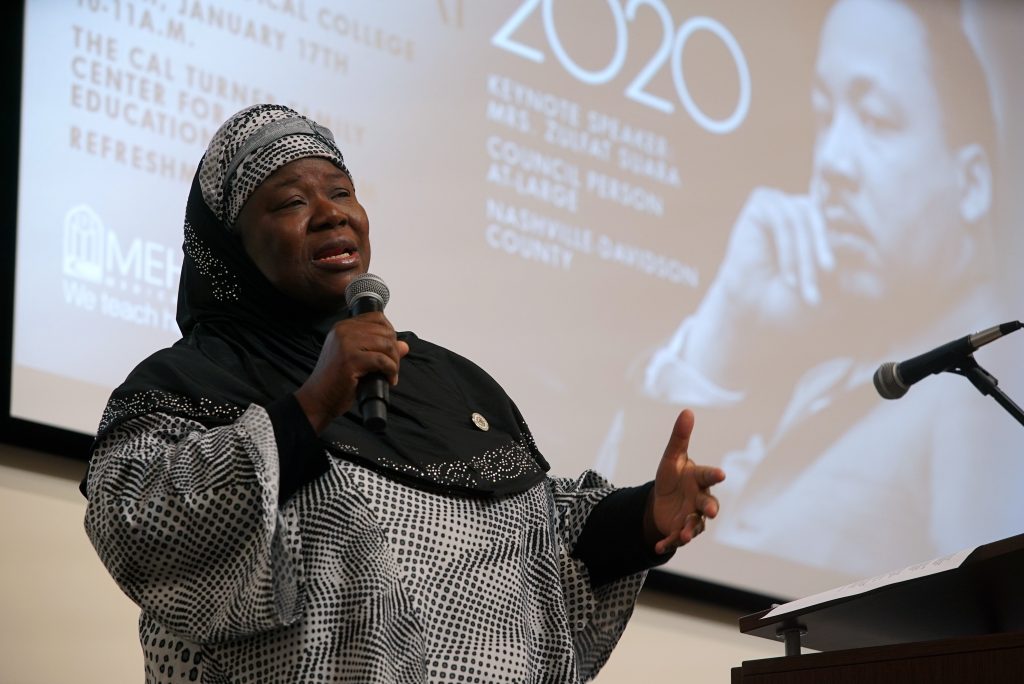 Metro Councilwoman At-Large Zulfat Suara encouraged attendees to dream big during her address to Meharry students at the college’s 2020 observance of MLK Day. Councilwoman Suara told her inspiring story of seeking the council seat while facing threats, and how her faith and sense of purpose drove her on.

Suara, the first Muslim elected to the Metro Nashville-Davidson County Council, said, “The bigger the dream, the better. I think about Dr. King’s dream. His dream was so big, that not only did the dream inspire him, it inspired the people around him…We want to see the world that he saw. We want to be a part of making that dream a reality.” Suara challenged those in attendance to pursue a dream that is challenging. “Make it a dream that’s not just about you, It’s about the world that we live in.” 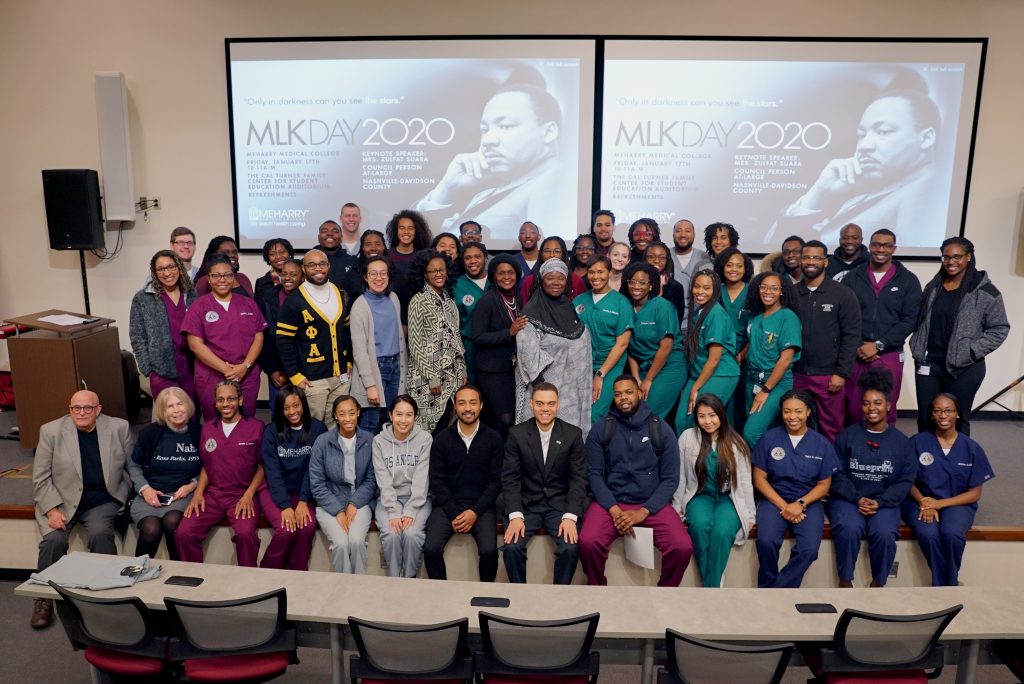 She said that when she ran for the Metro council, friends and advisers told her she should run as a district councilmember where maybe 1,000 to 2,000 votes would be the talley and less difficult to acquire. As an at-large councilperson, the race would be more demanding, but she was driven by education disparities she had observed from district to district, and her vision motivated her to reach countywide. She received more than 34,000 votes from people of all backgrounds and ethnicities, winning the seat.

“It is important for your dream to also be about your community. It is important when you do realize that dream to reach back and help somebody else achieve it—because sometimes we forget where we come from,” she said. “Because our world is gonna be a better place, not just by each of us achieving our individual dream…but a community dream—a community dream like the one Dr. King had.”