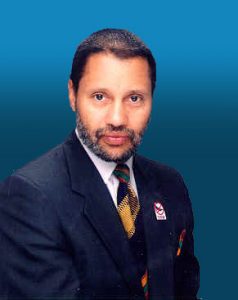 Nationally renowned psychiatrist and Meharry graduate Carl C. Bell, M.D. ’71, has been selected as the 2018 recipient of the President’s Circle of Scholars Award. His “50 Years of Lessons Learned Thanks to Meharry Medical College,” will be presented at noon Wednesday, April 18, 2018 at the Compton-Nelson Auditorium of the S.S. Kresge Learning Resources Center on the Meharry Medical College campus.
Dr. Bell is a Distinguished Life Fellow of the American Psychiatric Association, and chairman of the Department of Psychiatry at Windsor University School of Medicine, Brighton’s Estate, Cayon St. Kitts, West Indies. He is a clinical psychiatrist at Jackson Park Hospital in Chicago, Illinois.
Dr. Bell completed his psychiatric residency in 1974 at the Illinois State Psychiatric Institute in Chicago, where he worked with children, adolescents and adults. From 1974 to 1976, he served as a lieutenant commander in the Navy.
Dr. Bell has worked as a psychiatrist at numerous Chicago area institutions including Jackson Park Hospital, Human Correctional and Service Institute, Chatham Avalon Mental Health Center, the Chicago Board of Education and the Community Mental Health Council.
In 1982, Dr. Bell became the medical director of the Community Mental Health Council, one of the largest not-for-profit community mental health centers in the U.S. Since 1987, he has been the president and CEO of the organization.
He has been a professor of clinical psychiatry at the University of Illinois School of Medicine and School of Public Health. In addition, during the late 1980s and early ’90s, Dr. Bell was a radio talk show host on mental health issues.
Dr. Bell is a National Institute of Mental Health international researcher and an author of more than 400 books, chapters and scientific publications addressing issues of children exposed to violence, violence prevention, HIV prevention, isolated sleep paralysis and misdiagnosis of Manic Depressive Illness.
He is the editor of Psychiatric Perspectives on Violence: Understanding Causes and Issues in Prevention and Treatment, and author of Getting Rid of Rats: Perspectives of a Black Community Psychiatrist and The Sanity of Survival: Reflections on Community Mental Health and Wellness.
Dr. Bell is the recipient of numerous awards including the E.Y. Williams Distinguished Senior Clinical Scholar Award from the National Medical Association in 1992. He received the American Psychiatric Association President’s Commendation on Violence in 1997.
Dr. Bell was appointed to the Violence Against Women Advisory Council by then U.S. Attorney General Janet Reno and was a participant in the White House’s Strategy Session on Children, Violence and Responsibility.
He was appointed to the working group for the “Surgeon General’s Report on Mental Health — Culture, Race, and Ethnicity;” and to the planning board for the “Surgeon General’s Report on Youth Violence.” In recognition of his efforts to reduce violence, Dr. Bell became the first recipient of the American Psychiatric Foundation’s Minority Service Award in 2004.
Dr. Bell is a member of the American Psychiatric Association, the American Association of Community Psychiatrists, the National Medical Association, Black Psychiatrists of America and a former vice-president and editor of the American College of Psychiatrists. He is also a founding member and past board chairman of the National Commission on Correctional Health Care.
The inauguration of a scholar into the President’s Circle of Scholars is a celebratory event for Meharry Medical College. These scholars are professionals who hold impeccable credentials and have demonstrated excellence in their fields. They have changed the world narrative in their professions by their contributions to science, society and improving the human condition for all people.
For more information, please contact the Office of the President at 615-327-6904.