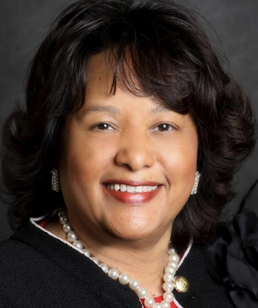 Senior Vice President for Finance and Chief Financial Officer LaMel Bandy-Neal was recently honored by the Nashville Business Journal as one of the city’s “2022 Women of Influence.” The NBJ says the award is given to “the women shaping how we do business in Nashville”

According to their website, “the NBJ’s Women of Influence winners are leading top companies and nonprofits, supporting their communities and inspiring those coming behind them.” The awards were presented at a special event on May 10th.

Bandy-Neal began at Meharry in 1985 as assistant director of internal audit and rose to become senior vice president and chief financial officer. In 1992 she was named treasurer of the College, the second woman to hold this position. In 2004, she became vice president and CFO. She oversees more than $180 million in operating revenue, $190 million in endowed assets and a staff of more than 50.

Under Bandy-Neal’s financial leadership, Meharry secured $166 million in tax-exempt bond financing and re-financing and completed construction and renovation projects valued at $175 million. In 2012, Bandy-Neal secured $68 million in construction and renovation loans, allowing Meharry to build its first new campus facilities since the mid-1970s. In addition, since 2003, she has played a significant role in the College’s endowment growth from $46 million to $190 million.

In addition to this award, Bandy-Neal was named one of Nashville’s leading Women Extraordinaire’s top professional women in 2012 for her professional achievement, leadership and civic engagement accomplishments. In 2011, the Nashville Business Journal named her the Chief Financial Officer of the Year for Nonprofit Organizations. In 2007, she received an appreciation award from the Meharry Pre-Alumni Association.

Bandy-Neal holds a Bachelor of Science from Alabama State University in Montgomery, Alabama, where she majored in accounting and minored in marketing. In addition, she received a Master of Business Administration from the Jack C. Massey School of Business at Belmont University.

She has served with various civic and social organizations and held notable board affiliations. She is also a graduate of the 2002 class of Leadership Nashville.